What are the Different Types of Feet and Foot Shapes 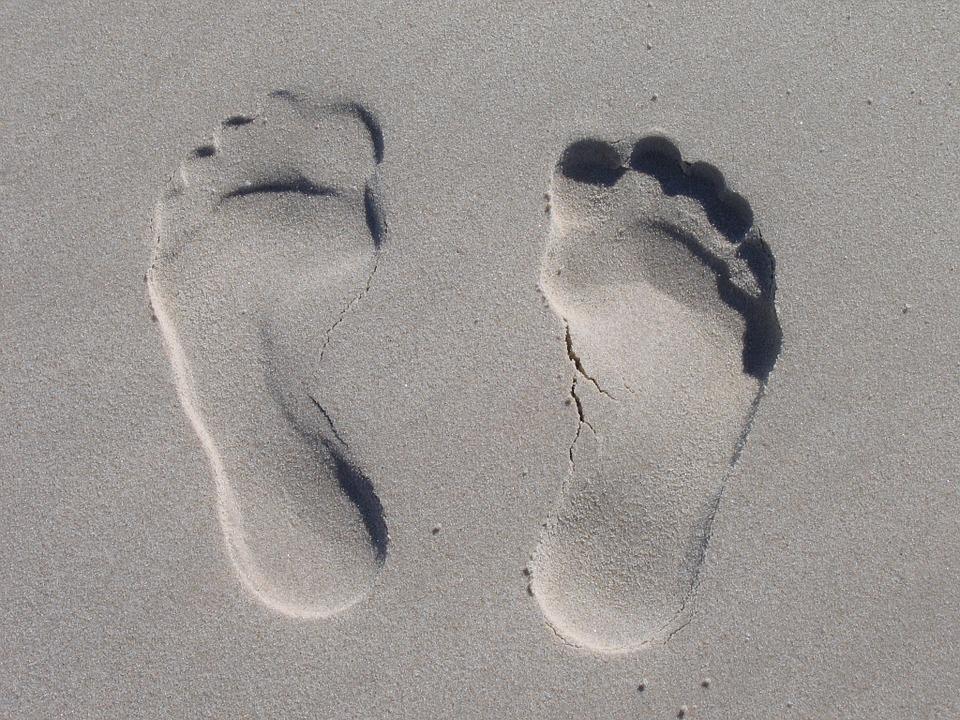 The length, shape and alignment of your toes largely dictates what type of feet you have. Research suggests there are at least 9 different foot types. These are: Egyptian, Greek, Roman, Celtic, Germanic, Peasant, Square, Stretched and Simian. The three most common types of feet are Egyptian, Roman and Peasant.

Egyptian feet – This is where the big toe is the longest toe and the lesser toes slant downward at a 45 degrees angle. This is one of the most common foot types, Egyptian feet are often longer and narrower. Most shoes easily accommodate this foot shape due to the tidy angle of the toes.

A common condition of the Egyptian foot is bunion. With this type of foot, the big toe will deviate towards the other toes.

Greek feet – This foot type is characterised by a 2nd toe that is larger than the others and has been known to be defined by a Morton’s toe that juts out past the big toe for a more pointed formation. The first metatarsal bone, which connects toes to the back of the foot, is shorter than their second in people with Greek feet have a longer second toe. Greek feet are also known as the Flame Foot or Fire Foot, in which the second toe is larger than the big toe.  With a Greek foot, the second toe will determine the size of the shoe. If the shoe is too tight, this toe may fold in on itself due to lack of space and take on a claw shape known as a claw toe, or a hammer shape known as a hammer toe.

Roman feet – Roman feet can be prone to painful hammer toes. Roman feet are defined by the largest three toes being the same height and the smaller two descending in length and all of lesser toes may curve slightly inward and descending. Roman feet tend to have high arches.

Peasant feet – Peasant feet are similar to Roman feet in that the three biggest toes are equally long or short with the lesser 2 toes descending. Peasant feet often belong to people with all-around smaller feet. Structurally, peasant feet are flat, which can lead to bad posture and back pain.

Germanic feet – With this type of foot shape the big toe is longer than all the other toes forming a straight line that steps down from the big toe, with the pinky often times much smaller.

Celtic Feet – This foot type is a combination of Germanic toes, one big toe and all lesser toes of the same length and a pronounced second digit like the Greeks, with descending toe size from the third toe onwards.

Square feet – In this case all five toes are about the same length, giving the foot a boxier appearance. Sometimes, peasant feet and square feet are used interchangeably, but there are subtle differences. Square feet often have a wide ball and narrow heel, which can lead to painful inflammation of the balls known as metatarsalgia.

Stretched feet – This is when an individual who has stretched toes has a foot shape in which the big toe strays far away from the rest of the toes, with a considerable gap in between all lesser toes. If the toes are noticeably spaced out or fan-shaped, then this is stretched or splayed feet. Widely spaced metatarsal bones are the main factor in stretched feet.

Simian feet – This is a foot type where the big toes look as if they are veering toward your little toes. Simian feet can also resemble an ape’s digits or foot type. Bunions are an enemy of simian feet and are particularly problematic for individuals who wear narrow or pointy shoes.